To begin, we are working on getting physical improvements to the house, such as new flooring, kitchen improvements, etc.  With the house being empty, it’s a unique opportunity to capitalize on no one being in the chapter facility for several months.  It is the perfect time to do a renovation project.

We are in the finishing stages of launching a social media fundraising campaign for a local Peoria organization.  It’s goal will be to promote health and fitness to those stuck at home, while also raising money for organizations on the front lines making a difference during this pandemic.

I have also been taking the time to review our executive and ex-officio layout, and reviewing each position’s roles and responsibilities. Also creating committees such as a budget committee and a bylaw committee to help relieve executive members as well as get more people involved in the chapter.  I also will be adding both a mental health chairman and historian to our ex-officio.

In terms of brotherhood, we have been keeping our brothers connected in a positive way by hosting zoom chapters as well as zoom brotherhood events such as our zoom poker night which was a huge success (no gambling of course).  Also, taking care of our new members by reaching out to them personally as well as setting up new member education meetings over zoom.  Furthermore, setting them up with ‘Big Brother’s’ (someone older in the same major) to assist them in schedule building and teacher selection.

We have a rush committee that is reviewing our rush strategies and coming up with new ways to spread the message of brotherhood through anti-hazing and non-secrecy.  Also preparing for the possibility of rushing either completely informally if health sanctions don’t permit large groups or rushing in the spring.

Lastly, while everyone is stuck at home, alumni relations have never been better.  We saw a big push in finding our lost alumni and keeping the ones we know of engaged through genuine relationship building between alumni mentors and undergraduates as well as the creation of a special alumni newsletter, edited with the help of some of our esteemed alumni highlighting stories and brothers from all generations while also sharing the culture of the current undergraduates. Also, interviewing alumni who are very successful and whose stories can inspire and we can learn from. On top of that I will be co-hosting 6 zoom ‘DUckfest’ meetings over the next 2 weeks, with the help of Fred Roberts (alum) for our alumni specifically.  One will be for our alumni from the 1950-65, then 65’s-75’s and so on.  We have no idea what the response will be like, but we hope we can connect brothers who have not seen each other in God-knows how many years and give them a chance to share their life, revisit memories, and ask questions about the current undergraduate chapter.  I am very optimistic because the response to the newsletter was more than anything I could have expected.  Out of around 900 known email addresses we sent it to, over 44% opened it the first day and I have been getting flooded with positive responses.  With our 75th anniversary also approaching in 2021, there is no better time to focus on alumni relations than now.

This is just a small glimpse into what we have accomplished so far.  Most of these things are an ongoing process and are never officially complete, we still have many improvements to make but you must start somewhere.  I hope I get the chance to discuss these things further with you and hear some of your thoughts as well.  If you would like to see any of the things I mentioned, I have no problem sharing them with you.

We essentially have been tackling this on as structured as an approach as possible. We were somewhat stagnant for the first 2 weeks as I think there was a lot of uncertainty however since then, I appointed two members in our chapter to be the “Quarantine Entertainment Chairs”. I tasked them with coming up with ideas and ways to keep our guys entertained and so far it has been very successful. Each Sunday night they have been making a quick YouTube video that is funny in nature and describes the weak ahead. Some of the activities during the week have included Game Pigeon tournaments (Pool, Cup Pong, Battleship, etc), Various Brackets (best fast food restaurant, best movie, etc) and last week they also did a Tik Tok challenge that asked guys to make Tik Toks that were funny about our chapter. In the next few weeks there will be a Call of Duty tournament, an NBA 2K tournament, a Fortnite tournament, a zoom meeting with a sole purpose of roasting our executive board, and some other fun things. We also set aside $500 of our money that we are rolling over to the fall to be utilIzed as “prize money” for this period and so for each of the tournaments we have been offering something like a $25 gift card or a $25 credit towards the winners dues in the fall.

That covers the fun side of things. As far as the business side of things goes, it has been a little more stagnant as their has not been as much official business to cover. With that being said, since the quarantine has started, our Recruitment Chairman, Nick Clark has hosted two virtual recruitment committee meetings in which we have gone over our plans for Fall Rush as well as how we can still be doing recruitment over the summer. His recruitment committee consists of 32 guys so this was good to keep people engaged there. I have held 3 executive board meetings so far and mostly what we have covered is any small updates of things that we have still been working on (we were in the middle of house negotiations, have been working on dues refunds for members, getting money back for formal, working on end of the semester reports, and I have also tried to get the ball rolling on some sort of continuing education/philanthropy/community service effort so we have been discussing updates there.

I tasked our executive board with preparing plans/budgets for three different scenarios in the Fall, one obviously being Fall as usual, one being a semi-normal fall with deferred recruitment, and the last would be a fully virtual semester. I asked them to have these ready by May 15th and after that point we will schedule a meeting to serve as an “exec retreat” and goal planning retreat.

As far as the chapter as a whole, we had made the decision to cut having regularly scheduled chapter meetings as we felt that of our 122 guys, most guys would not be interested in attending and it would be more of a hassle to set up and make happen. However with that being said, we did plan on having one chapter meeting on April 26th in which we will be discussing a few bylaws that we had planned to pass at the end of the semester but never had the opportunity to bring up. As long as discussion is favorable we will motion to suspend the rules and will vote on the floor at that time.

I have made an effort to stay in contact with as many guys as I can, this past week I ended up sending an individual text to every single person in the chapter just to check in with them and see how they were doing/if we could do anything to help them out. I also try and send out random zoom invitations throughout the week for anyone that wants to talk on and hangout. Sometimes guys might end up just talking and casually drinking a little, sometimes guys will just talk, sometimes guys will make games to play out of it but all in all it has helped guys to stay in contact. 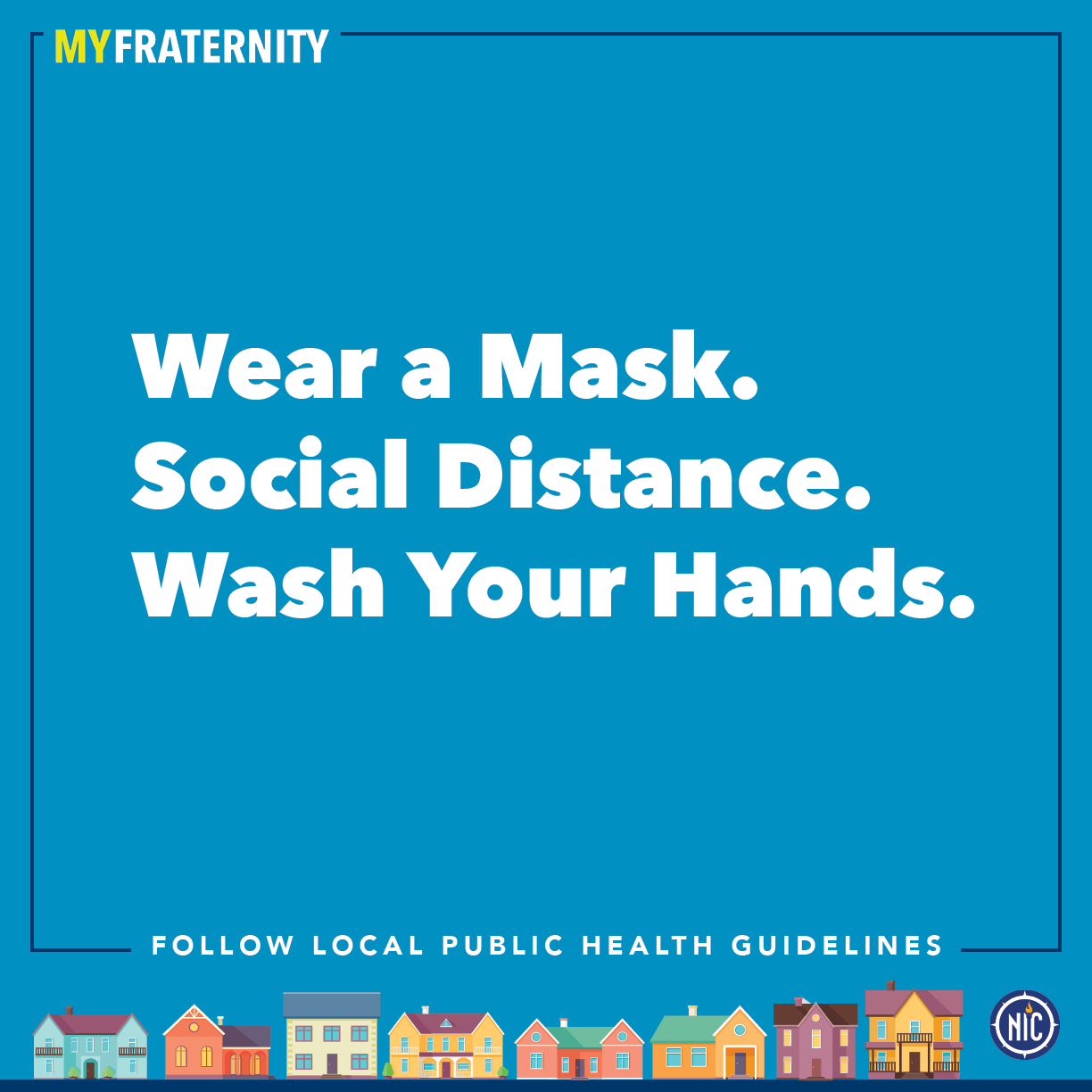